NetOn.Live is a mediatech company based in Brussels, Belgium.

Since 2017 we create, sell and support LiveOS software solutions and LiveConnect Video over IP network solutions.

A team of highly skilled, motivated and hard-working colleagues, together we strive to offer our customers future-proof and cutting edge technology, enabling them to implement new workflows and innovate the media production process.

During the past 30 years, Michel De Wolf has been managing technical and workflow implementation projects of several new and existing TV stations. He has extensive experience in broadcast, media production, IT and software development.
In 2008 EVS Broadcast Equipment acquired his software development company, which became the EVS Brussels Development Center. Michel later on became CTO of EVS. After leaving EVS, he was the initiator and driver of VRT and EBU’s award-winning LiveIP project.
His passion for technology, the unique combination of knowledge and a creative mindset are key to understanding how to make live media production possible in software.

Pelle Larsson has been in the Broadcast industry for well over 30 years. He has worked in all roles of production from Cameraman to Editor to Producer both for Broadcasters and Postproduction facilities.
Pelle also worked with Product Design, Marketing, Business Development, Sales and Senior Management worldwide at Avid, EVS, and Vizrt.

Karel De Bondt has worked in radio and tv technology environments for most of his career.
As an engineer, business analyst and project manager he navigates the domain where content, technology and people meet.
A founding member of VRT Sandbox and project manager of the award-winning LiveIP project (2015), together with the EBU, VRT and 12 technology providers, he gained a lot of hands-on experience with Video over IP and other bleeding-edge media tech innovations.

Chris has over three decades of sales, marketing and management expertise in the broadcast technology industry.  He held different positions with manufacturers, resellers and distributors. He spent 22 years at Avid Technology and covered different roles from being a strategic & enterprise account manager to country manager for Belgium. Most recently he expanded these experiences into the IT domain, working as a sales and marketing manager for the Autodesk brand at TechData Benelux. 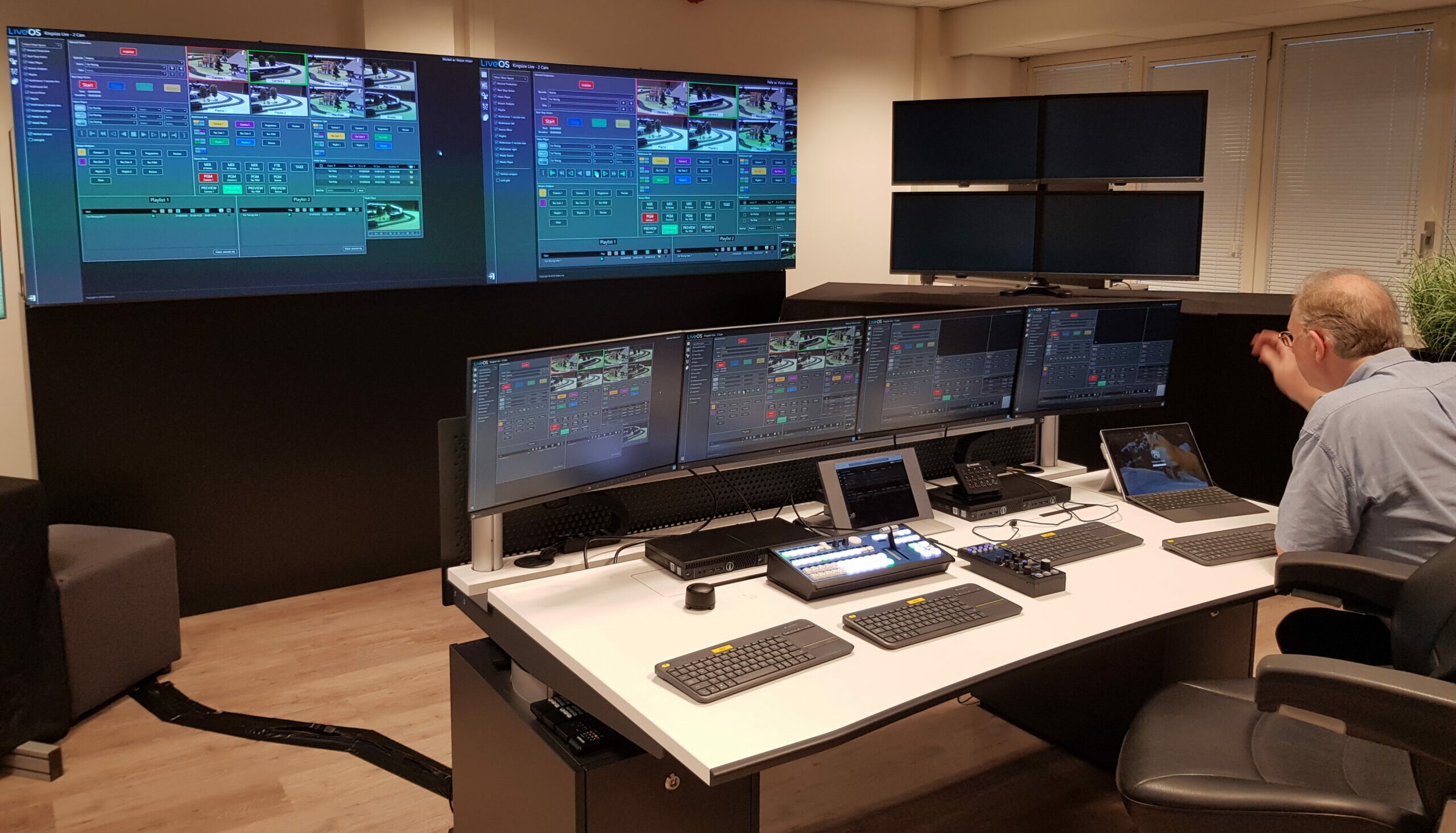 How and Why it all started

The founders of NetOn.Live started the Brussels (BE) based company in 2017 because they saw the possibilities IT technology could bring to the real-time media production world.

At that time, the broadcast technology business saw the first “moves to IP” by a select number of courageous broadcasters, translating the SDI signal transport into a Video over IP network.
However, the connected devices that deliver audio and video processing and the corresponding workflows largely stayed the same.

It even introduced some new hurdles, as video clean switching was no longer available, interoperability was not a given, and configuration and fine-tuning took forever.
Engineering staff had to retrain from being SDI specialists into becoming networking wizards and software developers.

The founders of NetOn.Live saw that computer servers were becoming fast and strong enough to start performing uncompressed audio and video processing in software, running on a shared pool of computer processing power rather than on dedicated devices.

This would bring the flexibility, agility, and continuous improvement common in IT environments into the broadcast technology business.
It would also allow automating most of the configuration and monitoring work, resulting in shorter project lead-times and lower re-engineering costs.
It would even lay the groundwork for a Corporate Cloud and Public Cloud solution for high-end live media production. 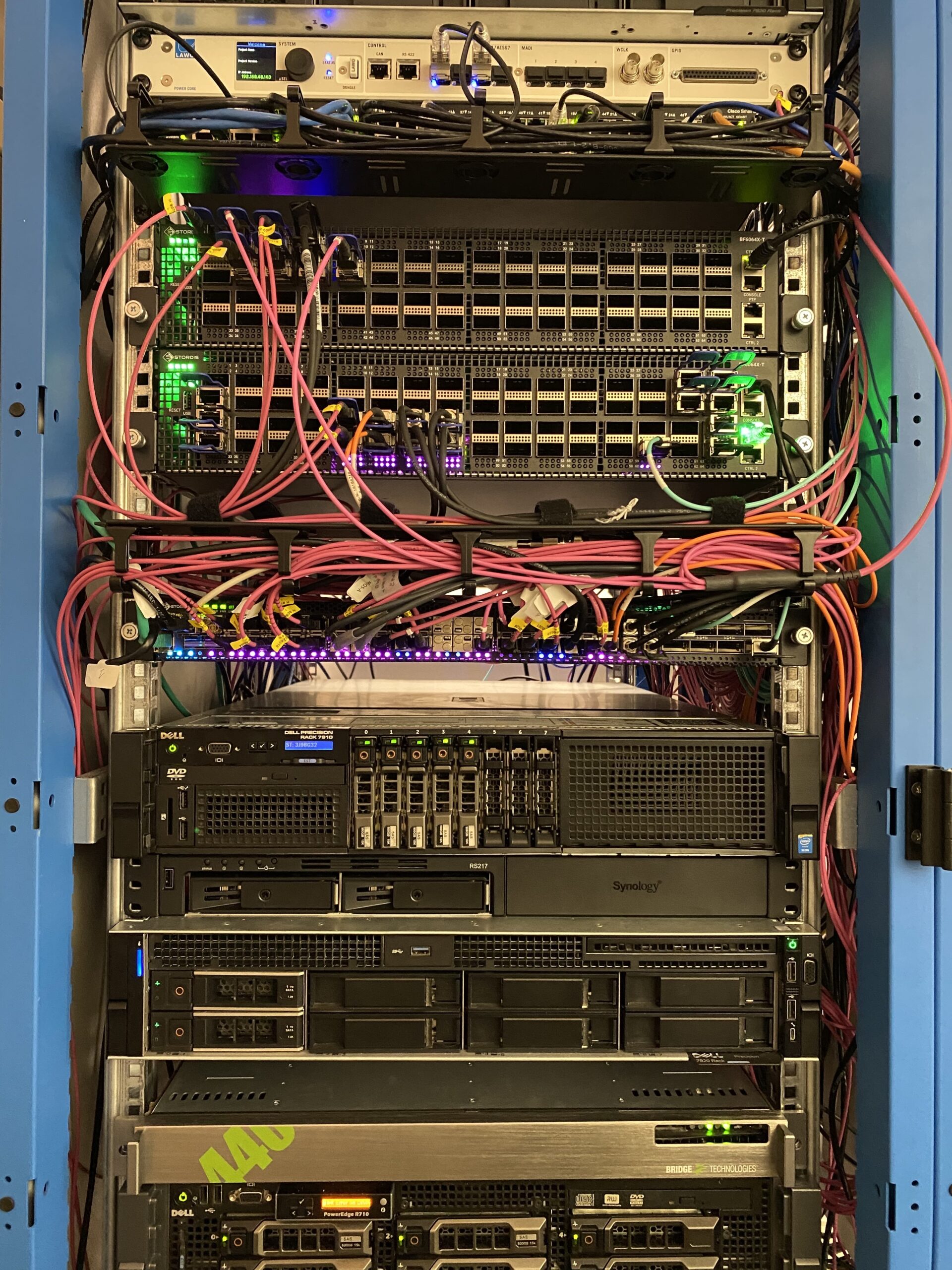 That’s why we created the LiveOS solution, together with a team of passionate, experienced and hard-working software developers.

The first iteration of LiveOS was tested and successfully used on-air in 2019 and 2020 at Ketnet, the children channel of VRT (Belgium’s public broadcaster).
During the winter of 2020, a remote production was performed successfully with Bruzz, a regional news channel in Brussels.

These experiences gave NetOn.Live the confidence to carry on to where we are today with a market-ready LiveOS solution, which is being used daily on-air by our customers around the world.

With a growing team of developers, product, sales and support people, we want to bring the live and recorded content creation process into the age of IT.
We want to deliver you the flexibility, agility, sustainability, and economic benefits you are looking for.
All the while maintaining the highest broadcasting standards regarding uncompressed video quality, no latency, and the robustness and redundancy required in professional media production environments.

That’s why we bring you LiveOS, and that’s why we believe with LiveOS, you can experience an effortless move to IP, and you can start benefiting from day one of your investment.